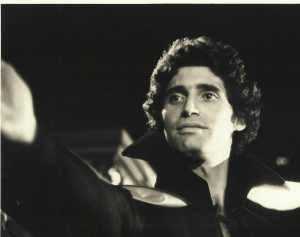 After watching the new show, Dracula, I’ve finally had enough. My long time love affair with Dracula and other vampires has finally ended. I guess you can have too much of a good thing.

I don’t mean to blame that show for this ending. Honestly, I think it started when Twilight became such a hit and when True Blood starting going downhill to me. Between TV and movies, there’s a definite overload of vampires. This TV season alone has new Dracula, The Originals, The Vampire Diaries and True Blood. When I started liking the werewolves (Alcide, Sam and Jake, yum!) more than the vamps it was a sign.

I have been a vampire fanatic was as long as I can remember. It started of course with Dracula. So I’ll reminisce about the original Barnabas Collin (Why did my mother let a pre-schooler watch that?) where I guess the interest started and Frank Langella with whom it strengthened. I can see why a young girl would fall for Dracula. He was so romantic, not just a regular vampire. He wooed women; He was rich and charming. Well, until you discover that whole sleeping in a coffin and killing people thing. But all couples have issues to overcome.

There are a couple of celebs I suspect might be vampires, glamorizing (hypnotizing) women. Laugh if you want, but you can’t tell me that Marc Anthony, John Mayer and Tom Cruise aren’t vampires. Think about it.

Anyway here are a few of my favorite vampires:

Then there were all those “vampires in the future” books that I read. Those were pretty racy with a little sci-fi mixed in. I’m sure I missed someone on the list, but this is probably more than enough.

Have a spooktacular Halloween!

2 thoughts on “The affair is over”