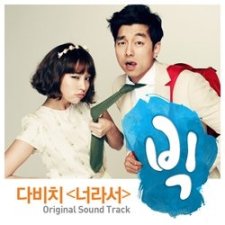 The Hong sisters are overrated. Yep, I said it. I read so much about their shows being so great. Admittedly I haven’t seen them all. I enjoyed My Girlfriend is a Gumiho. I liked My Girl. You’re Beautiful was okay. But Big, well Big was:

Since I loved Coffee Prince, I couldn’t wait to see Gong Yoo again after his stint in the military. Sadly, his acting was fine, but the story was weak. The ending just made me and apparently a bunch of other viewers ballistic. Perhaps the Hong sisters were in a coma with KKJ and some junior writer wrote that ending. If you can really call that an ending.

Aside from Gong Yoo, two bright points in the cast was the cute boy playing the sick kid called Teddy Bear and the guy who played Gil Choong Sik. They were adorable. The rest of the side characters and their storylines that went no where were useless.

Save 16 hours of your life and skip this hot mess of a drama. Watch A Gentleman’s Dignity instead.

One thought on “Big waste of time: Review”