**SPOILERS** Proceed at your own risk. 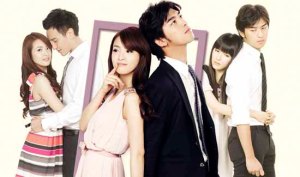 In my quest to take a break from melodramas, I started off pretty successfully by accidentally watching a very cute Taiwanese romantic comedy called In Time With You. With two appealing leading characters and charming supporting characters both int the families and at work, it was just the cure I needed. Having been cheered by the happy ending, next I started watching the recently ended romance, Love Around. Right away I fell for the leading couple. The families were pleasant to watch even though they have some conflict. (I wrote this before the show ended. Before the bottom dropped out and ruined a good thing.)

So after just two shows, I made the assumption that T-dramas must be melodrama free. Have I learned nothing about assuming in these matters? 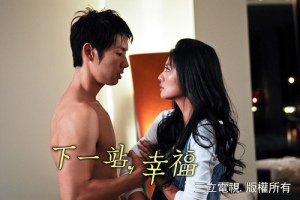 Thanks to the boredom of having to wait a week for new episodes of Love Around and Viki.com’s autoplay feature I inadvertantely started watching another T-drama, Autumn’s Concerto. This one was a bawler for sure. American-born Vanness Wu was wooooooooooooweee. Whereas American-born and raised George Hu’s onscreen handsome niceness drew me in, Wu’s bad-boy hotness as this character yanked me in. So much for banning melodramas from the house. By the time I got to the episode where he finds out about his brain tumor, it was too late for me to stop. Plus did I say how hot this Ren Quang Xi character is? *fans* I’d seen a couple of mentions about Wu in a K-drama group I participate in, but really fans are always squeeing over their favorites so you just never know whether it’s dude of the moment or what. [Also written before I saw him singing some candy pop music which ruined the whole too cool for school factor. Definitely was just a dude of that moment in time.] Twenty-one episodes of a tear-jerker with a cute-as-a-button, smart-as-a-whip kid is no way to avoid drama. So on the recommendation of one of the others in the group, I watched the Taiwanese version of Playful Kiss called It Started with a Kiss.

I guess It Started with a Kiss was going to be a hard sell simply because I’m such a fan of Playful Kiss despite the storyline of a girl revolving her life around a boy. Yeah, not exactly for a feminist. But the overall show has it’s charms, think the zaniness of I Love Lucy. I think this adaptation might be even more over-the-top than the Korean version, but that’s without having seen either of the Japanese adaptations, Mischievous Kiss and Itazura na Kiss. It was cool to see a young Ariel Lin (lead actress in In Time With You) working her comedic chops. I like how Joe Cheng, unlike his counterpart Kim Hyun Joong, leaves no doubt to the viewers how he really feels about his leading lady—even though he doesn’t let her know.

More on Love Around

As constantly touted by fans, Annie Chen and George Hu really do have fantastic chemistry. You’d believe they are dating in real life. Many speculate they are. Who knows. Their onscreen relationship was charming and believable in Love Around. For eight episodes every possible roadblock was resolved sensibly. It was everything K-drama fans ask for. In fact, it was so sensible that some viewers began complaining that it was boring. I was enjoying it. It wasn’t boring at all. But with every sensibly resolved situation I kept getting a sinking feeling that the train was about to go waaaay off the the tracks. And it did. The storyline change was so jolting, it was as if the whole writing staff was fired and a new one came on board. The tone, the pacing was so completely different. Early storylines weren’t developed fully, just slapped together into rushed and unsatisfying happy endings. And the drama with Annie Chen’s character’s father was just the last straw for me. I could have seen this show being on my rewatch list as a pick me up just like In Time With You is. Instead it was a shell of itself by the end and sadly that just wasn’t to be.